How to be a neuroscientist

I implore my journalist friends to take note of what I say in this post.

Much has already been said on the topic of modern neuroimaging masquerading as "new phrenology". A lot of these arguments and conversations are hidden from the lay public, however, so I'm going to expose the dirty neuroscientific underbelly here. 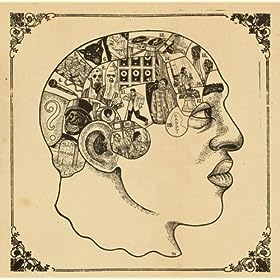 This post was prompted by a question over on Quora: What is the neurological basis of curiosity? Where does curiosity reside in the brain?

The question itself is of a type that is commonly asked in cognitive neuroscience: where is <vague behavior> in the brain?

But what does it even mean to ask where "curiosity" is in the brain? What would an answer look like?

According to the article linked to in the current top answer on Quora:

In study after study, scientists have found that the striatum lit up like an inferno of activity when people didn’t know exactly what was going to happen next, when they were on the verge of solving their mystery and hoped to be rewarded—it was more active then, in fact, than when people received their reward and had their curiosity satisfied.


"So," you may ask, "what's wrong with that answer? That seems reasonable and sound and very sciencey!"

I can prove, with one statement, that this answer is wrong (if you're impatient, jump to point 2 at the bottom).

I'm not picking on the person who answered the question; they had no way to know. They were just following the discourse of the media narrative about neuroscience findings.

So what is wrong with this explanation (he says, finally getting to the damned point)? I'll break both of these points down in detail later.

1. The question is phrased in such a way that it presumes that "curiosity" is a singular thing.

2. The question presumes that a complex behavior or emotion can be localized to a brain region or regions. There are several philosophical pitfalls packaged into the answer, such as the ontological commitment to the narrative of cognitive neuroscience and the cerebral localization of function.


To be clear, what I'm not saying is that behaviors aren't in the brain. What I am saying is that the cerebral localization narrative is too simplistic.

Let me break down these points.

1. "Is curiosity a singular thing?"
When you ask "where is curiosity in the brain" you assume that researchers can somehow isolate curiosity from other emotions and behaviors in a lab and dissect it apart. This is very, very difficult, if not impossible. Neuroimaging (almost always) relies on the notion of cognitive subtraction, which is a way of comparing your behavior or emotion of interest (curiosity) against some baseline state that is not curiosity.

Or, as I say in my book chapter from The Mind and the Frontal Lobes:

The underlying assumption in these studies is that activity in brain networks alters in a task-dependent manner that becomes evident after averaging many event-related responses and comparing those against a baseline condition. Deviations from this baseline reflect a change in the neuronal processing demands required to perform the task of interest.


2. "Can curiosity be localized to one brain region?"

No, it cannot. Here's how I know: I've personally worked with people who have a severely damaged striatum. Know what? They still have curiosity. If the striatum is where curiosity is in the brain, how can someone whose striata are gone still have curiosity? They cannot. Yet they do. Poof. Hypothesis disproved.

Or, as I say in my chapter:

...the cognitive subtraction method... provide[s] details of functional localization that can then be tested and corroborated using other methodologies, including lesion studies. The interpretation of these localization results is confounded, however, by a lack of clarity in what is meant for a "function" to be localized. For example, Young and colleagues (2000) noted that for a given function to be localizable that function "must be capable of being considered both structurally and functionally discrete"; a property that the brain is incapable of assuming due to the intricate, large-scale neuronal interconnectivity.

Thus, discussing behavioral functions outside of the context of the larger cortical and subcortical networks involved with that function is a poorly posed problem. Therefore, the scientific study of cognition requires detailed neuroanatomical and connectivity information to compliment functional activity findings.


God. I was going to end this with some links to news stories talking about neuroscientists finding out where (love/happiness/hate/prejudice/sexytimes/etc.) were located in the brain, but I just gave up. There are some damned many of them.

If you're a journalist and you're reading this, please change the way you talk about these results.

If you're a student, if you remember nothing else from this post, just remember to ask, "can a person who has a lesion to that brain region not experience that emotion or do that behavior anymore?" If the person still can, then that is not where that behavior is located in the brain. And, in all likelihood, that function can't be localized to any one region at all.