Happy Valentine's Day! So I know it's all the rage to take a popular culture topic and write science-y about it. So I'm doing it, too. Whatever. I like to indulge once and a while.

To celebrate the love and intimacy of this beautiful day, we're gonna talk about some nice, classic, sex studies from days gone by. There've been some... interesting hypotheses and theories about sex, sexuality, and orgasm over the years, which have produced some good, chuckle-worthy studies (and quite a few serious ones).

First is a paper from 1954 titled, Some Considerations Concerning Orgasm in the Female. It really sets up the mood with a quote from Freud:


The sexual frigidity of women . . . is still a phenomenon which is insufficiently understood. 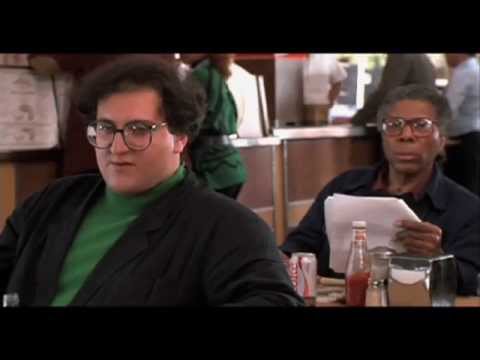 Frigidity indeed! Oh yeah, this paper's gonna be a good one.

In reading this I tried to be objective; you know, take into account the context of the times and all of that. But really this is such an odd paper to read and at times I couldn't help but find my jaw dropped. Right out of the gate, the Introduction establishes the scientific "problem" of interest:


...the mechanisms underlying orgasm in the female remain shadowy and obscure. On the physiological side is the fact that the female orgasm is not accompanied by an objectively perceptible emission as is that of the male, which not only makes it difficult at times for the woman herself to recognize, but also makes it impossible for any external observer to be certain about it.


::blinks:: "difficult at times for the woman herself to recognize"? Huh.

The paper starts by taking a "pathologization" tone toward female sexuality, with a strong Freudian basis, e.g.:


Freud advanced the thesis that genital erogenicity in the normal female, although first centered in the clitoris, eventually becomes transferred to the vagina; and that sexual orgasm in the mature, healthy female should be in response to vaginal rather than clitoral stimulation.


As in the male, the intensity of orgasm in the female varies with the degree of psychological excitation present. In a purely spinal reflex, due only to mechanical stimulation of either the penis or the clitoris, the orgasm is generally experienced as a localized and limited reaction... Where the cortical excitation is of a particularly high order, the orgastic reaction may be so intense and generalized as to result in convulsive twitchings which are almost like minor epileptic seizures... It would be pertinent in this regard to do electroencephalographic studies of cortical patterns during intense orgasm.


EEG studies of orgasm you say? Don't mind if I do!

However, the authors didn't really do any strong quantitative analyses of their EEG. More just qualitative observations. The methods in this paper are a great read, though. They recorded 14 channel scalp EEG. In addition, they also recorded:

And the procedures really give you a sense of the beauty of the entire setup:


Subjects were instructed to avoid unnecessary movements, and their compliance was verified by video monitoring of head and torso throughout the session.


That seems like a very comfortable situation. But luckily:

The last paper is a 1960 manuscript titled Phantom Orgasm in the Dreams of Paraplegic Men and Women. There's not a lot to make light of with this one. It's fascinating, and very thoughtful and considerate of the patients interviewed. I'll close out with the authors' words:


Though there were individual variations and exceptions on many points, a general finding was that patients did not have the subjective feelings of sexual urge and gratification they formerly could experience. The finding of most importance was that it is possible for vivid orgasm imagery to occur in the dreams of paraplegics, despite total lack of somesthetic sensation from, and paralysis of the genitopelvic area. Congnitional eroticism is a variable of sex that may be entirely independent of genitopelvic sensation and action. The imagery of orgasm in paraplegic's dreams may be regarded as a special example of the phantom phenomenon.