Have you ever pointed at something with a pin? I mean, really? Because if not, you're probably not a scientist.

You see, as a scientist, I do a lot of pointing at things: I point at screens with laser pointers, at whiteboards with my finger, or even at other scientists when I'm laughing at their terrible hypotheses.

But that pales in comparison to how often I point with pins. So. Many. Pins. And as a neuroscientist, most of my pinpointing is at the brain:

Usually, we're pinpointing where in the brain things like love and snuggles are located. But sometimes we're more sophisticated. From the media, I have learned amazing things, such as the fact that:
You see, according to the media, it would appear that the primary role of science is to pinpoint when or where things happened. Forget about hypothesis generation and testing, complex argumentation and subtle logic, or elegant mathematics. Just point to where something is happening. Preferably with a pin.

Sometimes we pinpoint when in evolution things happened:

But sometimes, it's not scientists who do the pinpointing. The media likes to shake it up and go crazy and shit. Sometimes they let researchers pinpoint things, too. (More naughty genes):

This serves as a reminder to science journalists: if you're going to write about a scientific finding, please don't forget to tell us, your readers, where that damned clichéd pin is pointing. Otherwise how the hell else are we supposed to understand science?

As a final note: those must be some pretty damn big pins. Because I guarantee, with stats like p = 0.05, those pinpoints are more like giant, fuzzy pinblobs. But then again, "scientists find suggestive evidence based upon possibly faulty statistical assumptions for..." doesn't have quite the same ring to it. 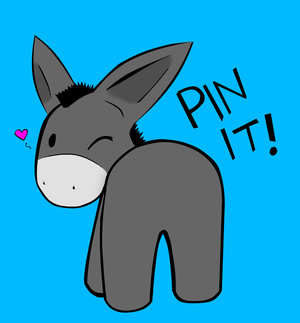