Can brain trauma cause cognitive enhancement?

Another post inspired by Quora. Someone asked the question: "Can brain trauma cause cognitive enhancement?".

Obviously this topic is dear to me, so I felt compelled to answer.

(Read previously on my TEDx talk, my Neuron paper on functional recovery after stroke, my PNAS paper on working memory network deficits after stroke, why we don't need a brain, and my discussion of Rep. Grabrielle Giffords' brain surgery).

The full response to the Quora question is below.

In 2005, Carlo Reverberi and colleagues published a really cool peer-reviewed paper in the journal Brain:


They studied patients with damage (lesions) to the prefrontal cortex:

They had these patients perform an "insight"-based task. Very simply subjects were given a math problem arranged in toothpicks. The goal was to make the arithmetic work by only moving one toothpick. 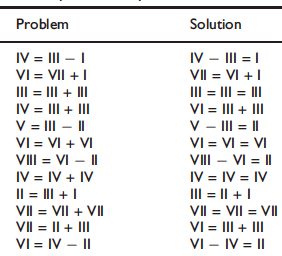 So for the very first problem, you can see it starts by saying "4 = 3 - 1" which is clearly wrong. But by moving one of the toothpicks in the equal sign over to the minus sign, you swap the two, making an arithmetically sound equation: "4 - 3 = 1".

Without getting into a ton of details, it turns out that in some very specific cases, patients specifically with lateral prefrontal damage performed better than people without brain damage.

The theory behind this sort of fits with what we know about decision making and expectation. Basically, because of these patients' lesions they have some deficits in using contextual information and internal cues to inform their decision-making. But in a difficult task such as this with a large "search space", rather than getting stuck in specific patterns, they're a bit more "freed up" from internal expectancies and thus can hit on the correct solution more quickly.