A few months ago I wrote a piece for the BBC on the foc.us do-it-yourself, consumer-based brain stimulator. Here's the article in full; full text follows:

For centuries people have sought quick fixes and miracle cures to enhance our vitality and make us faster, stronger, smarter, younger. Historically speaking, many of these "fixes" have been pharmacological. Freud used cocaine to improve his mood and treat his patients while Queen Victoria was known to enjoy a wine infused with the drug. In fact it's only relatively recently – the late 1960s – that the sale of amphetamines was made illegal.

Now it seems the next form of mental stimulant could come in the shape of a piece of technology, and not a drug. Looking like something Star Trek's Borg might wear, the foc.us device promises to "make your synapses fire faster" with the application of a small electrical current to the brain for 30 minutes. The promised result is that you'll have sharpened reflexes and faster reactions. As a gamer, I can see the attraction. Those extra split seconds can make all the difference. It's certainly a shrewd business decision too: video games were a £43 billion ($67 billion) dollar industry in 2012, and professional gaming draws in sponsorship and viewing figures that rival physical sports. The company's bold claims may draw in others looking for a mental boost, and not just people who like to play video games. 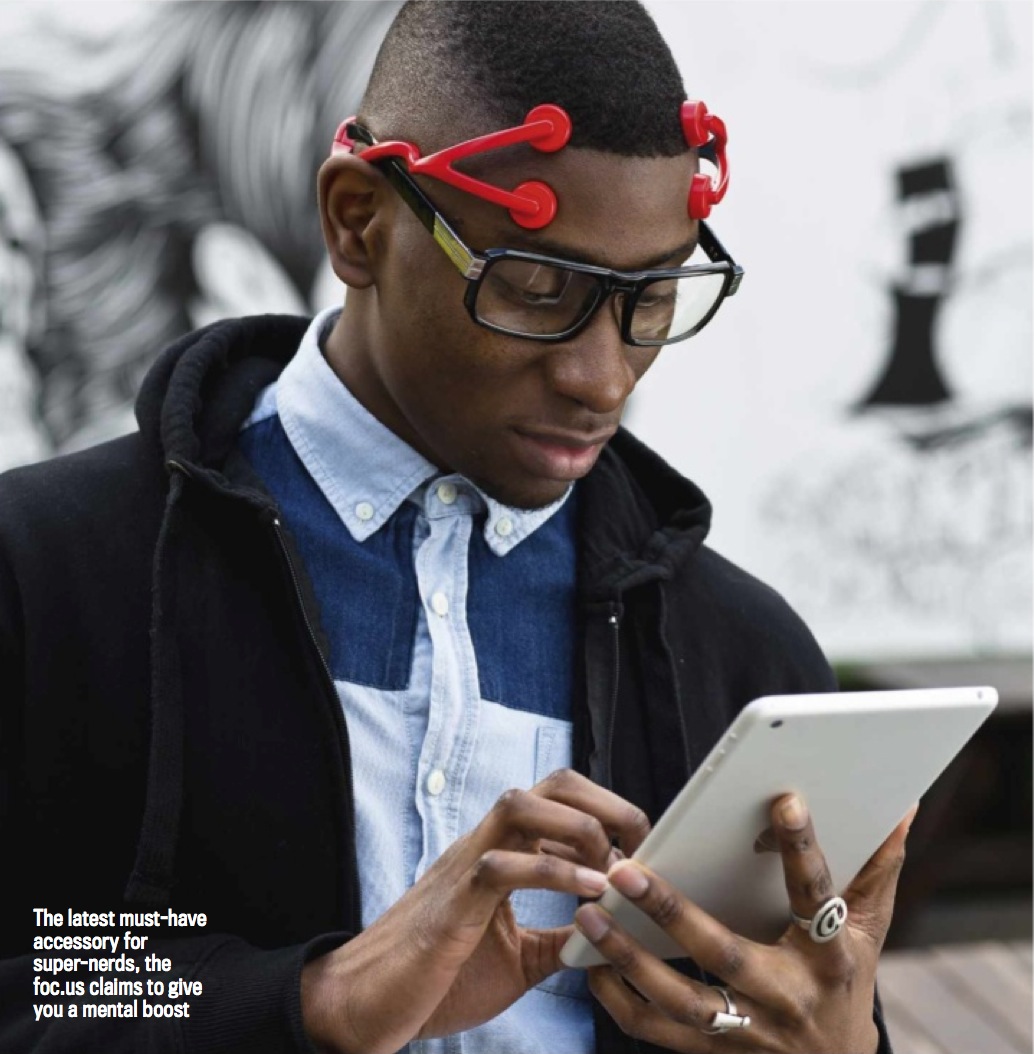 Unfortunately as a scientist I'm sceptical. The technique being used by the foc.us headset is known as transcranial direct current stimulation (tDCS). In the scientific world, studies using it have actually been quite promising. In carefully controlled experiments, low-level electrical excitation of just the right brain regions have provided a small boost to task performance. After a quick zap, volunteers have gotten slightly better at noticing if a square changed colour (after an hour of watching flashing coloured squares). But could this really extend to a task as complex as playing a video game?

The general idea is that if a certain brain region is involved in cognition – attention for example – then stimulating that area with an electrical pulse (priming it) should improve your ability to attend to what's happening around you. We also know that when you're engaged in a complex cognitive task (like playing Call Of Duty: Modern Warfare), certain neurones in specific brain areas fire more quickly.

So, I imagine the thinking at foc.us is that if we can speed up the rate of neuronal firing we should be able to enhance gaming ability. Unfortunately, that's a little like saying, "I can boost my computer's memory by jolting its hard drive with a battery!" – your IT department won't be happy.

Yes, sometimes tDCS provides a cognitive benefit; the data is indisputable. I myself make use of this technology in my lab. But its capabilities are too non- specific. In the brain, it matters which neurones are excited; alcohol excites a lot of neurones, but no one would claim that drinking four pints sharpens your reflexes.

And while stimulation methods have been proven to be safe for use in controlled experimental situations over the short- term, we don't know about long–term effects. We've been down this road before. Over the short term the data was very clear: cocaine and amphetamines were very effective at enhancing energy and mood, but we didn't know about long-term negative consequences. I will never say that we shouldn't test new drugs or new technology, but when companies promise to "excite your prefrontal cortex" to give you "the edge in online gaming" and "let the force of electricity excite your neurones into firing faster", well... buyer beware.
Written by Unknown at 14:14